I went into the treatment process while I was in Vienna, Austria based on the experiences of my MD who was used to treating Lyme patients in his practice in the Austrian countryside. He used intravenous Doxycycline, an relatively old intracelluar antibiotic that works very well in conjunction with Ozone. Doxycycline is typically not administered as IVs in the US as it is deemed to be caustic and may cause damage to the veins. When I tried a the US manufactured doxy IVs they indeed hurt my veins and I could not use them. However, the German produced doxy had no such effect and so what I ended up doing is bring my own doxy vials with me from Europe, emptied them into Dextrose IV bags that I purchased online in California and then administered the IVs myself at home using a standard hep lock. This turned out to be not only a better solution then the US doxy, but it also cost me a fraction of what I would have paid for weeks of doxycycline infusions in the US.

In addition to IV antibiotics that would kill the spirochete form of Borrelia I also took oral antibiotics (Tinidazole) that attacked the cyst form. Later on I replaced the cyst killers with natural antimicrobials such as Grapefruitseed extract. I also had a second oral antibiotic (Rifampin) that worked well in parallel with the IVs and was addressing co-infectants. In total I was on 2 to 3 antibiotics for a period of 7 months.

While being on pharmaceutical antibiotics I also started to take natural antibiotics in the form of essential oils.  Plants naturally produce various antiabacterial and antifungal substances to defend themselves against environmental threats such as fungus or bacteria. One can think of cold processed essential  plant oils as the essence of those  plants, containing very dense and effective antimicrobials.  Essential oils are often more effective than alcohol based plant extracts.

The winning oil combination for me was a daily rotation protocol that I have been taking now for more more than a year (I am still on it). Rotation 1 consisted of Clove, Eucalyptus, Cinnamon and Cypress oil and rotation 2 had Thyme, Oregano, Hyssop , Mountain Savory, Cistus, Ravensara, Frankincense, and Cumin. So each day I would take 3-4 capsules alternating between mix 1 and  2. Oils are best taken diluted with olive oil in veggie capsule - often referred to as “Lyme bullet” - as well as as transdermal by applying it to the skin daily . Clove and Cinnamon are particularly effective against Lyme as well as certain co-infectants. Having the oils was essential (no pun intended) for the healing process as it allowed me to get off antibiotics much sooner (often people stay on them for 1-2 years) and still maintain antibacterial action against the Lyme bacteria.

Later on in the healing process I added other herbal components, mostly for additional support or to fight co-infectants. This included Samento, Sida Acuta, Cryptolepis, Isatis, Artemisinin and several other so called "Buhner herbs", as advocated by herbalist and Lyme specialiast Stephen Buhner.

Borrelia bacteria don't do well with oxygen, they can’t  even survive in plain air. I suppose that may be one of the reasons why it is so difficult to culture them.  Ozone gas (O3) contains one more extra ozygen atom and is even more potent than normal oxygen O2. It creates oxidative stress for any organism or tissue it comes in contact with.  In contrast to the human body, who can deal with limited oxidative stress and can recover from it, microbes, especially anaerobic organisms like borrelia, are killed on contact with Ozone.


During ozone hemotherapy about 250ml of blood is taken from the patient’s body and pumped into a glass bottle. The bottle is filled with ozone gas which is immediately absorbed by the blood in the container and then the blood is IV dripped back into the body. Ozone works well together with antibiotics and creates the initial toxic environment for borrelia. In a second step IV antibiotics are added - typically right after the Ozone IV drip - to kill off the borrelia weakened by the Ozone. Later on I purchased my own Ozone generator for home use and performed Ozone therapy at home by ozonating my drinking water and doing rectal Ozone infusion. I even performed my own hemotherapy at home with an Ozone generator I purchased, using syringes and a hep lock to draw blood, ozonate it and then put it slowly back in.

There are other forms of oxidative therapy available such as drinking Hydrogen Peroxide, MMS (Chlorine Dioxide Solution) or ozonated castor oil (Rizol). Hyperbaric chambers with Oxygen have also proven successful for many people as well. I also had a couple sessions of Prolozone therapy sessions where ozone gas is directly inserted into the large joints with immediate benefits.

It is known that Lyme bacteria are able to form biofilms along with along with other microorganisms. This makes it very hard for antibiotics to reach and kill the organisms.  From the beginning of my treatment I added biofilm breakers to my daily protocols. These included biofilm enzymes such as Lumbrokinase and Nattokinase, NAC,  EDTA/DSMAto chelate metals and calcium out of the biofilms and grapefruit seed extract to create a soapy environment. Most often I fllowed tthe biofilm protocol with Glutathione and Vitamin C to transport off any loosened debris and essential oils to kill off any exposed bacteria.

I am taking biofilm cocktails twice daily, especially right before hyperthermia or infrared sauna sessions to create a “thorough hot wash” environment  in my bod y. Often I would take Ozone prior or before my biofilm cockatil as it increases the overall cleaning effect.  I was  visualizing using detergent soap (=grapefruitseed extract), combining it with enzymatic cleaners (=lumbrokinase), oxygen and mineral/metal  remover(=chelators) and then cranking up the heat to dissolve the films internally. I took biofilm cockatils from the beginning of my treatment and I am still taking it daily to prevent any new film formations and keep chipping away on any hidden bacteria still hiding in biofilms in my body.

A core component for my Lyme treatment was whole body hyperthermia, which I describe in this post. In addition to hyperthermia therapy and infrared sauna I added a few immune boosters into my Lyme protocol.  I used Astragalus and Noni powder in my daily herbal regime. I also also used Transferfactors, in particular Lyme Transfer Factors, which have been derived from Lyme infected animals and provide the immune system with targeted information to help address the infection. I also added a minimum of 5g of Vitamin (in form of Ascorbate and Ester-C) and Cordyceps (1,3-beta-glucan) to my daily supplement list to help with immune building.

Improving my immune system is still work in progress. I believe there is still a lot more I could do in that regard but I have not fully ventured into that area.

I also started to work with German microimmune therapies. These new "drugs" are basically high potency homeopathics that contain cytokines and nucleic acids (DNA, RNA) that are supposed to reestablish the natural balance of the immune system. There a further therapies along those lines - LDI or Low Dose Immune-therapy but I never experimented with it.

Many of the symptoms of Lyme disease are caused by released toxins from Borellia Burgdorferi rather than the bactiera itself. This may cause fatigue, muscle spasms, twitces, brain fog, headaches and many many more symptoms. To help release toxicity from the body I applied multiple detox protocols on a daily basis including Cilantro extract,  Chlorella,  Zeolith and charcoal. I also worked with intestinal binders to stop re-absorption of toxins from gthe all fluid in the intestinal tract. Binders include Guggul or Cholestpure or Cholestyramine (prescription only). Sweating via infrared Sauna (or later on attending Bikram Yoga sessions) greatly helps with release of toxins. I used glutathione IVs on a weekly basis during critical times to bind toxins combined with high amounts of Vitamin C and sometimes Alpho Lipoic Acid. I still use daily oral glutathione to keep detoxification going.

On top of that I did colonics on a monthly basis to get any toxicity out of my intestines and I continued to perform occasional liver and gallbladder cleanses by Hulda Clark and Andreas Moritz. Even though I did all that cleansing work I still developed liver and kidney problems after taking antibiotics for 6 months and I am still working on getting those two organs fully back in shape. I believe constant detoxing is absolutely critical in the Lyme healing process and one can’t do enough of it.

I started to think more and more about why this illness happened to me in the first place. There had to be a deeper reason. It also dawned on me that things may not be solvable alone by killing bacteria or detoxifying the body.

In this process I came across Dr. Klinghardt’s Detoxification Axiom which helped me understand some of really important connections:

"For each unresolved psycho-emotional conflict or trauma there is an equivalent of stored toxins and an equivalent of pathogenic microorganisms. To successfully detoxify the body, the three issues have to be addressed simultaneously."

It became clear to me that the emotional and energy body had to be addressed as well to achieve full healing.

Whenever I was visiting Austria I was working with holopathic doctor in Vienna Austria who used meridian based instruments to measure body health status, organ impact and microbial stress. Based on the measurements he performed frequency based energy treatments and recommended antimicrobial (mostly essential oils) combinations. The method also identifies emotional blockages and we started to work underlying emotional patterns. In California I worked with practitioners who practice frequency based healing techniques to help the body to release old patterns and reconnect with its blueprint of optimum health. Then healing can occur on the physical, mental, energy body as well as the emotional body.

I was “lucky” as my initial blood test and a later Lyme panel yielded clear results allowing the start of a suitable therapy.  Even before seeing positive results some indirect indicators such as CD57 and CA4 showed that something was off. Unfortunately most of the Lyme and co-infectant testing is very expensive and often unreliable and thus not suitable to evaluate treatment success on a periodic basis. In order to optimize treatments with herbal supplements and antimicrobials one needs establish a continuous closed loop system of periodic testing and treatment tuning. I was fortunate to work with one of the best Klinghardt trained ART testers, and receive insights for drugs, supplements and blocking conditions and dominant microbial stressors.


The results of the ART testing method and holopathic testing method lined up well, providing me with a good direction of where things were going. In addition the tested supplements and antimicrobials worked well with both testing methods and showed similar results. 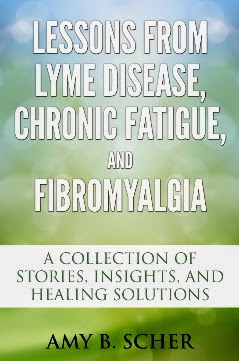